Village Dental Care was founded in 1991 in Stockton By Dr. Adams to serve the San Joaquin Valley. He and his staff are active in the local community supporting several community awareness events each year. Village Dental Care is well versed in all aspects of dentistry. We pride ourselves with a team of proficient dentists, dental assistants and staff that continue leaning techniques of dentistry to better server his clients and obtain the best personalized dental care. 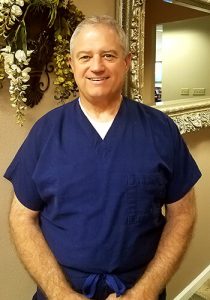 Dr. Scott E. Adams, DDS was raised in the Bay Area and has been in the Bay Area and has been in dental practice in the San Joaquin Valley for 35 years. He obtained his bachelor of arts degree from Brigham young University in 1977 with a major in Spanish. He then obtained his Doctorate of Dental Science degree from Baylor University College of Dentistry in 1981. He was immediately hired into private practice in the Bay Area and after several years he opened his first practice, sequoia Dental, in Tracy from 1985 to 1991. He then founded Village Dental Care in 1991 in Stockton to be more centrally located to better serve the San Joaquin Valley. He and his staff are active in the local community supporting several community awareness events each year. Dr. Adams is well versed in all aspects of dentistry and regard by his peers as a specialist with extensive experience in denture work. He prides himself with a team of proficient dentists, dental assistants and staff that continue leaning techniques of dentistry to better served his clients and obtain the best personalized dental care.

Dr. Adams is married to his wife, whom he mt in high school, and they have six children. He is active in his church having served a 2 year church mission in Argentina and studying abroad in Madrid, Spain. He enjoys spending time with his family, skiing, biking, backpacking, woodworking and serving in his community and church. He speaks fluent Spanish and loves serving both English and Spanish patients, treating everyone as family. He and his staff are champions for their patients to provide the best and optimal dental care personalized to each patient’s needs and interest. 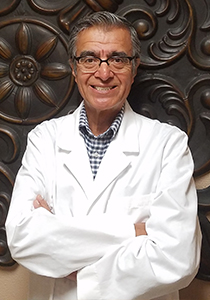 He moved to Chicago with his family on July of 1981 and completed his Western Regional Board in St. Louis Missouri in 1982. He applied immediately for the Arizona State Board and completed his requirements to practice dentistry in Arizona. He began his carrier in a corporate dental practice and after several years decided to open his own private practice Valencia Dental Center from January of 1985 until 2005. In 2005 he moved to California, purchasing his San Marcos practice. From 2009 to 2018 He decided to relocate to Northern California where he worked for Brite Now and Western Dental corporate dental offices as a regional and managing dentist. On August 2018 he accept the position as a managing dentist at Village Dental Care in Stockton , California. Dr. Munoz is well experience in all aspects of general dentistry, with extensive training in surgical oral procedures, endodontics and denture prothesis.

He is a highly motivated individual with good moral values and strong character. He continues to apply his professional capacity to treat and utilize his skills in all phases of general dentistry. His character is very pleasant to all staff members. He’s very understanding and compassionate to his patients. He continues to provide the best of care within the scope of dentistry.

Professional associations: He is a member to the American Dental Association, Northern California Dental Society (AIMAS PROGRAM) in New York City. Was the Chairman and Dental Advisor for Su Casa Nursing Home in Tucson, Arizona.

Dr. Munoz is Married and raised 7 children and has 5 grandchildren. He speaks 3 languages, Spanish, English and is fluent in Chinese. He is very active in sports, loves to golf , and enjoys basketball and baseball. He also receives great pleasure from traveling. 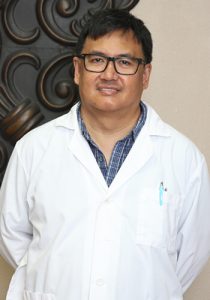 Dr. De Leon has been with Village Dental Care since 1996. He earned his DDS degree in 1982 at Centro Escolar University in Manila, Philippines. In 1995, he got his license to practice dentistry in California. Outside of work, Dr. De Leon enjoys outdoor activities such as camping, fishing and traveling with his family. 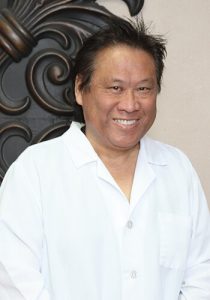 Dr. Reggie Hom has been associated with Dr Scott Adams, the managing dentist at Village Dental Care, since 1988. Dr. Hom earned his Bachelor of Arts degree from the University of California at Santa Barbara and went on to the University of the Pacific School of Dentistry in San Francisco. Dr. Hom has been in private practice in Pleasanton since 1989. In his leisure time, Dr. Hom enjoys traveling to New York to visit his son Mackenzie and rooting for the Lakers, Warriors and Dodgers.

My name is Lisa I graduated in 1995 from Colorado Northwestern for dental hygiene. I take pride in educating my patients on their oral health. When I am not working, I enjoy the outdoors, Giants baseball, and spending time with my kids. 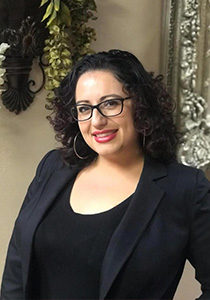 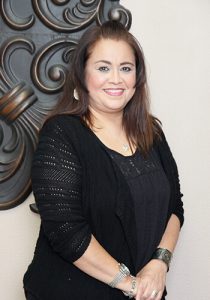 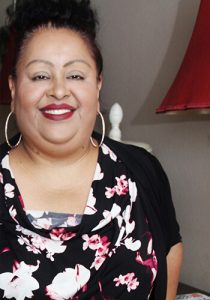 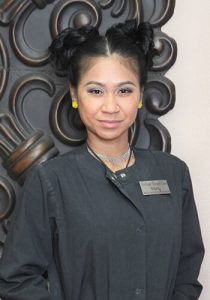 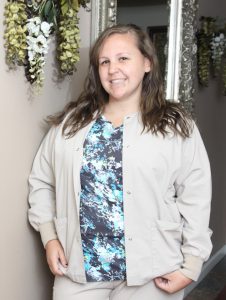 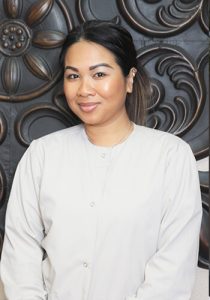